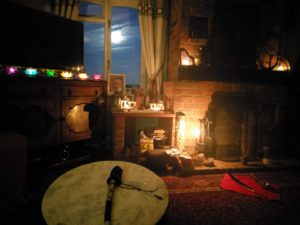 As a former sceptic about all things “woo woo” I do love a little bit of scientific validation, proving what I now know to be true through my own experiences with the spiritual.

The latest thing I learned?

A spiritual retreat really can alter our brain chemistry!

The Thomas Jefferson University and Hospital conducted research published in 2017 which found that the brain’s dopamine and serotonin (aka our feel-good) systems were altered in participants who had attended a spiritual retreat.

The findings, published in Religion, Brain & Behaviour, included 14 retreat participants. They were participants in a retreat based around the teachings of priest and theologian St. Ignatius Loyola.

Each morning, they went to mass, and then spent time in silent contemplation and prayer. They also met daily with a spiritual director for guidance and insights. After returning from their retreats, study subjects completed surveys, asking them about their perceived physical health, tension and fatigue, all of which showed improvement, as did their feelings of self-transcendence.

“Our study showed significant changes in dopamine and serotonin transporters after the seven-day retreat, which could help prime participants for the spiritual experiences that they reported,” wrote study author Andrew Newberg, M.D.

This is all about positive emotion and spiritual feelings. In particular, dopamine is responsible for mediating cognition, emotion and movement, and serotonin is involved in emotional regulation and mood.

Newberg is the director of research at the Marcus Institute of Integrative Health at Thomas Jefferson and known for his work studying the neurological impact of religious and spiritual experiences, a field known as “neurotheology.” His research has included brain-scan studies on psychic mediums in Brazil, Sufi mystics, Buddhist meditation practitioners, Franciscan nuns, Pentecostal believers, and ritual participants in secular spirituality.

The post-retreat scans on this particular retreat group revealed decreases in dopamine transporter of between 5 to 8 percent, and serotonin transporter of 6.5 percent binding, enabling more available neurotransmitters to the brain.

Andrew Newberg stated; “Since serotonin and dopamine are part of the reward and emotional systems of the brain, it helps us understand why these practices result in powerful, positive emotional experiences.”

Dr Newberg further states; “Our team is curious about which aspects of the retreat caused the changes in the neurotransmitter systems and if different retreats would produce different results. Hopefully, future studies can answer these questions.”

I know from my own experience on retreat that meditation, healing therapies, sound and drumming journeys produce these same benefits.

I run regular spiritually empowering retreats in the UK in beautiful peaceful surroundings. Are you ready to experience this for yourself?